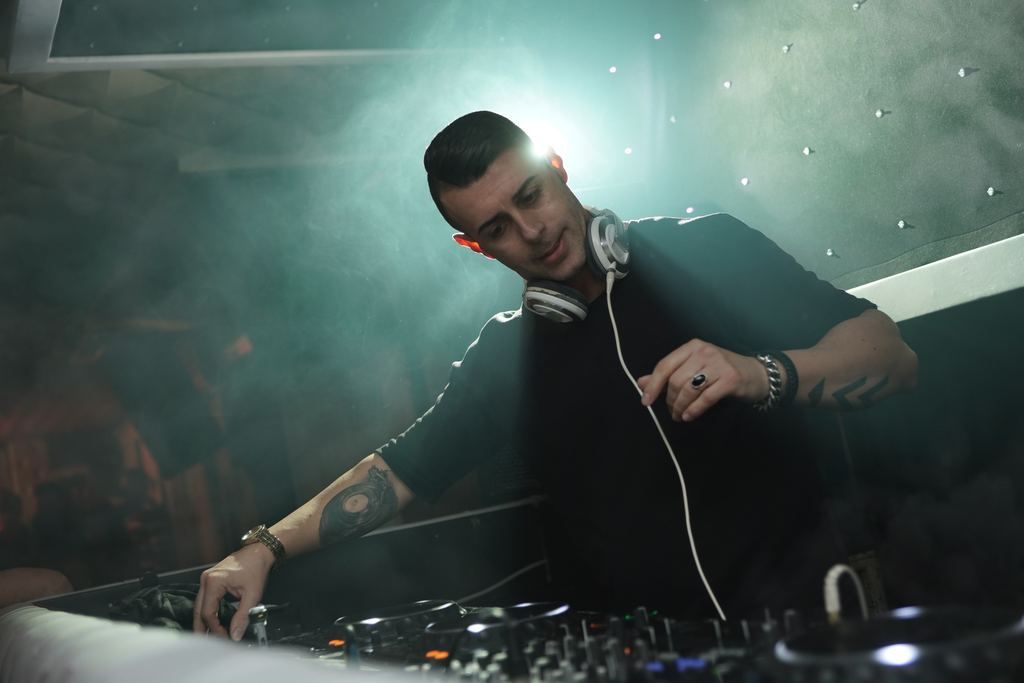 Intro over breakdown. In addition to the outro, the breakdown is another natural point of a track to mix out of. Start B as A hits its breakdown, which will be right after its 2nd or 3rd chorus. You won’t have much time because a breakdown is often just 32 bars long and you’ll want to mix out of A before the track starts to build back up. Start bringing B in after 8 bars, and try to finish the blend in another 8 or 16 bars’ time.

Intro over the chorus before breakdown. Start B on A’s chorus before the breakdown and begin to bring it in after A hits it. This gives you the whole chorus for fixing mistakes in your headphones, and 16 to 24 bars of A’s breakdown for the mix. More EQing may be necessary for a cleaner blend, and this mix may not work well if B’s intro is really short.

First breakdown over main one. This mix will require more knowledge of the tracks you’re mixing, but the effect can be pretty dramatic. Set a cue point on B 16 bars before its first breakdown (the one that comes right after the intro). Then start B 16 bars before A hits its main breakdown, which will normally be on the chorus. As both tracks enter their breakdowns, begin the blend and finish it before the breakdowns end. This mix takes you straight from A’s breakdown to the meat of B, which is very unexpected and keeps the dancefloor on their toes.

A word of caution here. While mixing over breakdowns keeps the dancefloor’s energy on its peak, you need to let the listeners rest, too. So give them that breakdown and mix out of A’s outro from time to time.

What’s your favorite way to bring the new track in? Which way are you currently practicing? Let me know in the comments below!