How to Choose a DJ Mixer - DJing Tips 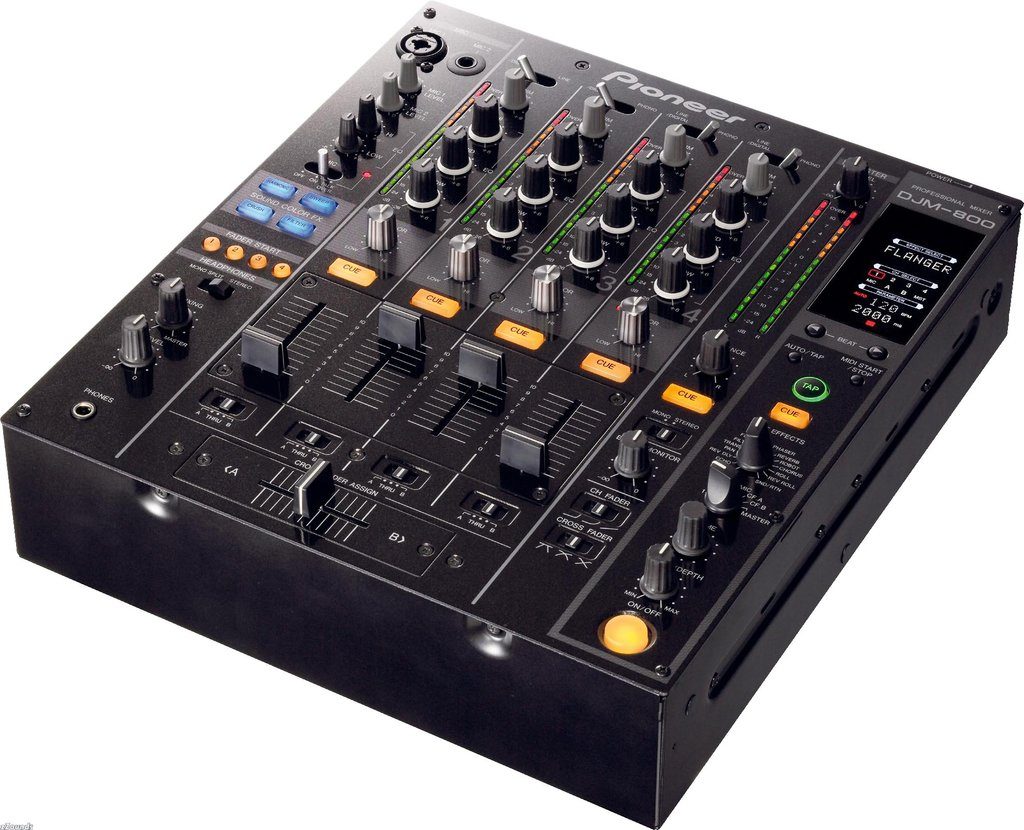 How to Choose a DJ Mixer

After reading my guides to choosing vinyl turntables and CD players, you probably expect that I’ll begin this article with a brief review of the club standard mixer. Well, I’ll have to disappoint you, and not because there’s no such standard (there is). The thing is, DJ equipment is pretty expensive – like you haven’t noticed that already! – and if you want to save, it’s better to save on the mixer.

The reason is simple: cheap, crappy decks can make learning DJing a nightmare and may even make you want to quit altogether. On the other hand, an entry level mixer (provided it has the minimum required features) will be OK for mastering the basics and should serve you well for the 6-12 months before you grow out of it. And such first mixer can cost you much, much less than the club standard one: $180 (American Audio Q-D5 MKII) vs. $1,700.

In order to take an educated approach to choosing a DJ mixer, you need to first learn about the important features to consider. Here they are:

Number of channels. Determines how many sound sources you can mix. The required minimum is two channels, one for each of your decks. (A 1-channel mixer is a nonsense anyway, though.)

Number of inputs. A mixer may have two channels but four inputs. How is that possible? Simple: Each channel has a switch that tells it which of the channel’s two inputs to grab the signal from. Thus even with a 2-channel mixer, you can have a CD deck and a turntable on either side of the mixer and switch between those as needed. (But you still won’t be able to mix more than two decks at once.)

Mic input lets you, duh, hook up a microphone to the mixer. Fun, but not essential for learning how to DJ.

Channel EQs. A group of knobs that let you adjust the level of the channel’s frequency bands. For example, a three-band EQ has three knobs and lets you adjust the highs, mids and lows. Make sure your mixer has separate three-band EQs for each channel for smooth mixing.

Level meters. A level meter is that LED strip that bounces back and forth to the track’s beat and shows you its volume. A level meter for the mixer’s main output is a must; separate meters for each of the channels is better.

Gain controls are used for setting the overall level of the mixer’s channels. You want to have separate Gain knobs for each of the channels.

Mixer outputs. Typical mixer outputs include master output, recording output, monitor output and a headphone jack. The bare minimum – Master Out and the headphone jack – are present in all mixers.

BPM counters, FX, sampler. A BPM counter automatically detects the tempo of the track playing through a given channel, which is occasionally helpful for beatmatching. Mid- and high-range mixers also let you transform the sound with a number of effects and often have a built-in sampler. All of these features are not essential for a beginner DJ.

A Few Models to Consider 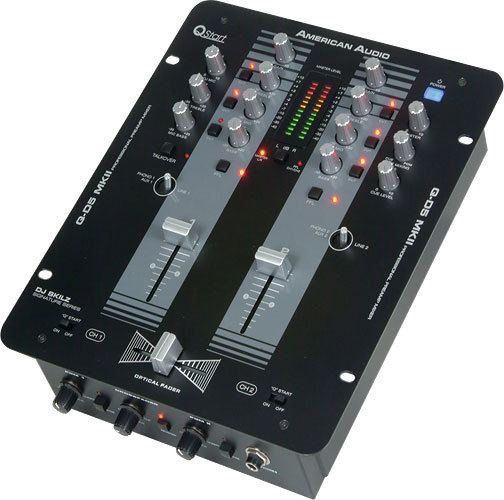 Now that you know what the important mixer features are, you are much more likely to make an informed decision when shopping for one. To give you an example of what to expect for your money, let’s go over a few models in different price ranges.

Good news: a decent DJ mixer that meets all the minimum requirements listed above can be purchased for less than $200. One model to consider is American Audio Q-D5 MKII – an entry level scratch mixer that boasts an optical crossfader and XLR outputs. It’s also said to be pretty durable. For an alternative to the Q-D5, take a look at two-channel Vestax mixers from the VMC series such as the VMC-002XLu.

A little bit higher up ($300-$500) are entry-level mixers from Allen & Heath (Xone:22 and Xone:02), Ecler Nuo 2.0 and Vestax mixers from the PMC range. More money will buy you a more durable, better sounding device of up to 4 channels with quality faders, per-channel level meters and some other goodies. 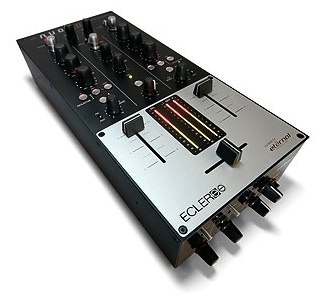 If you have more than $600 to spend on a mixer, take a look at Rane, Allen & Heath, Urei, Ecler and Pioneer. Those higher-end mixers are built from quality components, often have an FX unit, a built-in sampler and offer three or more channels for you to play with. Rane mixers are great for scratchers, Pioneer offers a ton of features combined with their trademark reliability (avoid the old DJM-600 and the overpriced DJM-400 though), and Allen & Heath, Urei and Ecler are generally said to be the better sounding ones.

You get what you pay for, and boy can you pay a lot: one of the most expensive mixers out there, Pioneer DJM-2000, will cost you the monstrous $2,500. But let me go back to my earlier point here: A beginner DJ can safely opt in for a much cheaper solution.