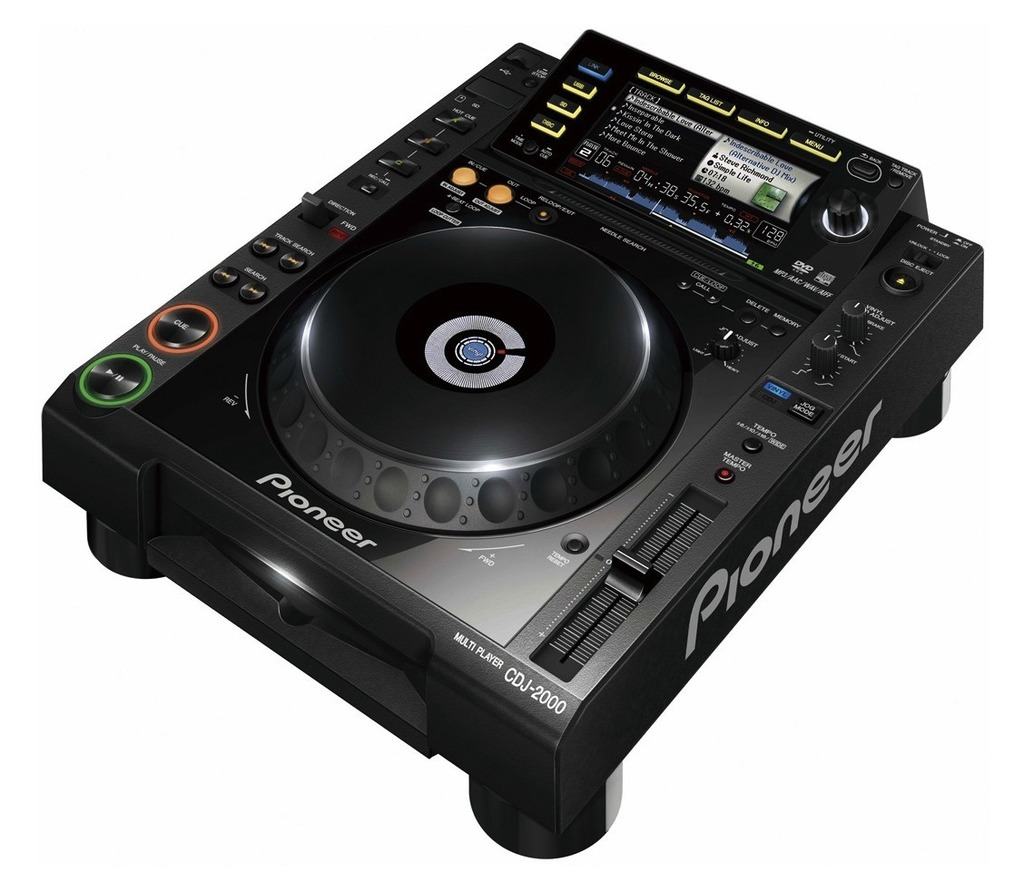 How to Choose DJ CD Players

In 2001, Pioneer rocked the DJ world by releasing the CDJ-1000, the first professional CD deck to accurately emulate a vinyl turntable thanks to its giant touch-sensitive jog wheel. The company’s CD players had enjoyed strong reputation in clubs before, but it was the CDJ-1000 that was ultimately destined to become the industry standard.

After two updates (MK2 and MK3), Pioneer retired the CDJ-1000 in 2009 in favor of the new CDJ-2000 deck. The CDJ-2000 builds upon the predecessor’s strong foundation while attempting to address most modern DJs’ needs. Among the new features there’s USB memory stick support, needle drop simulation via a touch-sensitive strip below the display and native support in Traktor and Serato.

The CDJ-2000 is well-positioned to become the next standard owing to the Pioneer quality and the mind-blowing features. However, it’s also the most expensive digital turntable on the market: A pair of new CDJ-2000s can easily cost you well above $3,000, which is insane if you’re only starting out. Not to worry, though – you don’t need the most advanced players on earth to mix CDs and can save many hundreds of dollars by going for less feature-packed decks. Which ones? Read on.

Other CD Players by Pioneer

At the time of this writing, the latest Pioneer lineup includes three CD players in addition to the CDJ-2000. All of them support USB memory sticks and the Rekordbox software by Pioneer that allows you to prepare and manage your digital tracks. Unlike the CDJ-2000, CDJ-900 doesn’t play DVD and SD card formats, has a smaller display and lacks the needle search pad. The CDJ-850’s display is yet smaller than CDJ-900’s, and it doesn’t support the Pro DJ Link function which allows two decks to play music from the same USB stick. CDJ-350 is the most basic of them all as it lacks the Pioneer’s trademark full-size jog wheel.

If you are still reluctant to spend at least $1400 on a pair of Pioneer decks (that’s how much two CDJ-350s would cost), you have two options. First, you can buy used players; you can’t really go wrong with the CDJs if you thoroughly inspect them. Second, you can step down even further and go for a really basic deck such as Pioneer CDJ-200. Sure, it doesn’t have a lot of bells and whistles present in newer models, but it will get the job done and will be easy to sell once you grow out of it. Combine these two approaches and you can get a pair of Pioneer decks for as little as $500! 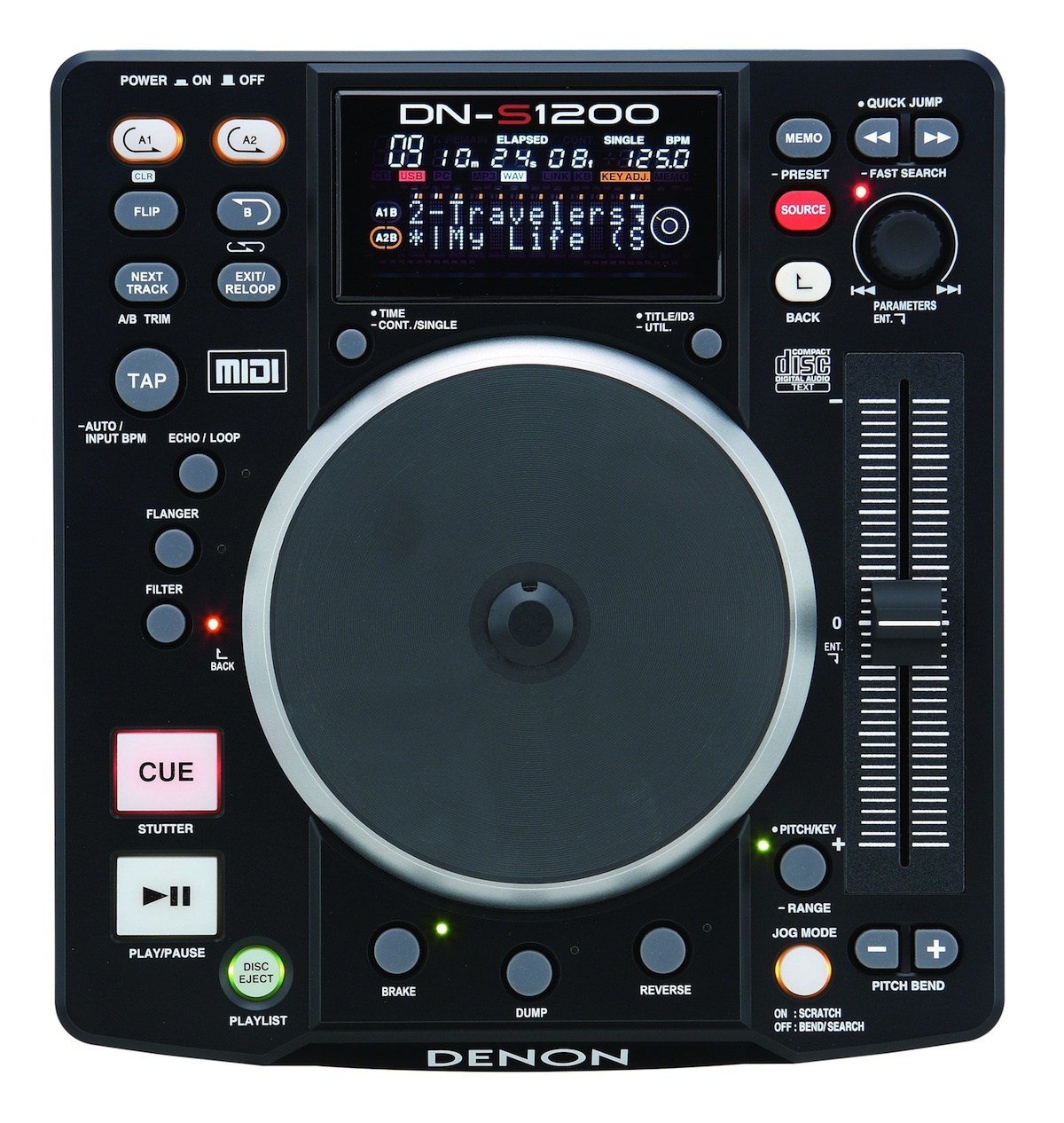 Denon CD players have been well respected in the DJ community since the early rackmount player days. The general consensus is that Denon offers a bigger bang for the buck than Pioneer in terms of the features, and their newer decks (with the latest firmware updates applied) are almost as reliable. There’s only one catch: CDJ is still the industry standard so if you’re planning to throw parties with other DJs playing on your decks, you’d better get Pioneer.

The trademark feature of Denon’s flagship player, DN-S3700, is its rotating platter that’s as close to true vinyl emulation as you can get. The stock plastic disc is too light, however, so it still feels different from the real thing. Both DN-S3700 and DN-S1200, the company’s cheaper model, have USB device support and MIDI interface that allows you to use the decks with Traktor or Virtual DJ. In addition to that, DN-S3700’s “hybrid MIDI mode” lets you control Serato and other timecode-based DVS systems.

Overall, both Pioneer and Denon have their followers, so if you’re afraid you’ll be overpaying for the Pioneer brand name and the alleged rock-solid reliability, you might as well give a pair of Denons a try.

This category includes cheaper CD players by the already mentioned Stanton, Numark and Gemini. To quote one DJ, “Though the Numark are certain to be loaded with features, it is just gimmicks to pull newbies in.” These guys’ top-of-the-range decks may be good value for money for a bedroom DJ, but I’d still get a pair of used Pioneers instead, thank you. Trust me, you won’t need half of those features, but you’ll appreciate the longevity and the resell value of the Pioneers. You decide.