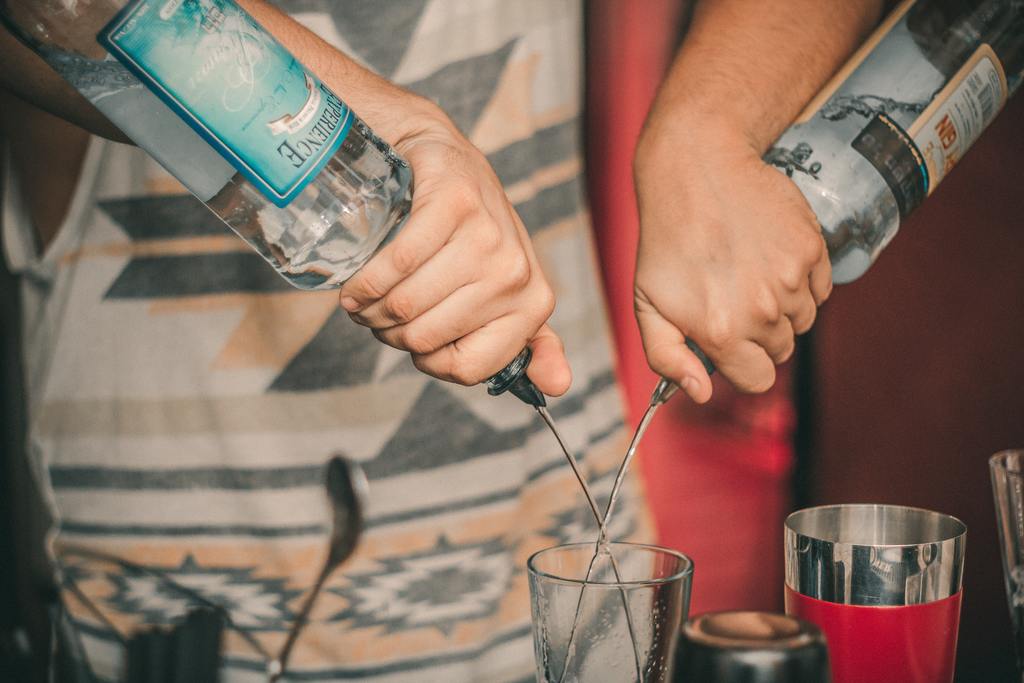 Sometimes you may want to mix two tracks whose tempos are quite different, say go from a 140 BPM track to a 128 BPM one. The problem is, pitching a track up or down more than 4% is almost certain to make it sound weird, and in this example, you’d have to pitch track B up a whopping 9%.

Here are a few tricks to help you mix tracks with different tempos.

Cut it in on the break. Cue up track B at the start of its break. Start it on the 1st beat of a phrase in A’s outro and instantly crossfade to it. The tempo change won’t be as apparent after B’s beat kicks in 32 bars later.

Bring it in over the ambient intro. If track B has some kind of ambiance in the beginning with no beat, you can use that part to cut or crossfade from A to B and let B’s beat kick in later. This is a kind of mix that you would often hear a radio or a mobile DJ do.

Echo Freeze track A out. Use the Echo Freeze effect found in Traktor to “freeze” the signal in track A and bring in B while A is echoing out. Search for “echo freeze traktor” on YouTube for some examples.

Share tempo changes across the two tracks. Here’s how you could approach the 140 BPM to 128 BPM example above while still making a beatmatched mix. Over the course of the 140 BPM song, gradually pitch it down to about 134 BPM, i.e. -4.3%. Beatmatch track B to it (it will be at about +4.5%), and then do the mix. After you’ve transitioned to B, gradually pitch it down to zero, i.e. 128 BPM.

Use built-in tempo changes. Some tracks change their tempo throughout the course of the tune. For example, a tune may start at 128 BPM, go down to 88 BPM in the middle and then back to 128 BPM. So if you’re looking to transition to a slower tune, use the 88 BPM part to do it. You may need to loop it to get more time for the mix.

Key lock it. Bite the bullet and pitch track B up/down as much as you need to in order to match it to A, but use the “key lock” feature to lock its key. Check out this mix where Dimitri from Paris drops a track at 36:30. The track is pitched up from 112 to 121 BPM (+7.4%), so Dimitri has to lock its key to avoid Justin Timberlake sounding like a chipmunk. Use this trick with caution because key lock tends to distort your sound.

Mixing tracks with different tempos can be tricky, but if you are creative and know your tracks’ structure inside out, it’s totally doable!

What’s your favorite way of dealing with differences in tempo? Chime in in the comment section below and let me know.