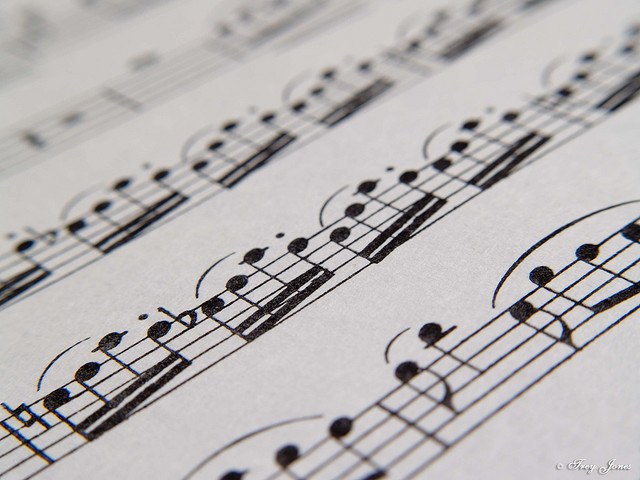 To mix well, you’ll need to become very familiar with the structure of a typical dance track. Fortunately, as if to make the DJ’s life easier, most records follow pretty much the same pattern. Knowing this pattern will allow you to tell where the music is heading and to manipulate it accordingly.

Here’s the very first bar of one of my favorite tunes:

Phrases are important because all parts of a track (intro, verse, chorus and so on) consist of an even number of 4-bar phrases. Thus all major changes in the music take place at regular intervals that normally equal to one or two 8-bar chunks. Here’s a typical verse that’s two 8-bar phrases long (starts between 00:04 and 00:05, ends at 00:35):

Now that you know what bars and phrases are, let’s take a typical house tune and break it down into parts. Here’s Get Down by Todd Terry All Stars (Kenny Dope Original Mix):

This song’s structure is a good illustration of the typical dance track pattern: Intro, verses/choruses, bridge, breakdown, chorus, outro. First comes the intro – usually a pure kick drum with claps, snare and possibly some percussion, on top of which other instruments and samples are layered. The intro may end with a small breakdown that builds up the anticipation of the new track. Sometimes, like in Get Down, there’s the instrumental chorus instead of the breakdown that announces the track with a familiar hook.

After the instrumental chorus or the small breakdown, the first verse begins, which is followed by chorus. Then comes the second verse. After the second or the third chorus, there comes the bridge and then the breakdown, where the beat totally disappears; it’s the most dramatic part of the track. During the breakdown, the anxiety rises higher and higher, and when the crowd is already screaming with anticipation, the beat returns and the track reaches its climax – the last chorus that may be repeated several times. The last chorus may be followed by an instrumental one, after which the track returns to the pure drum beat of the outro.

Of course, every song has its peculiarities and the sample structure above isn’t followed verbatim by each and every dance track. Nevertheless, the general pattern is always the same, and we’ll be taking advantage of it when learning how to mix.