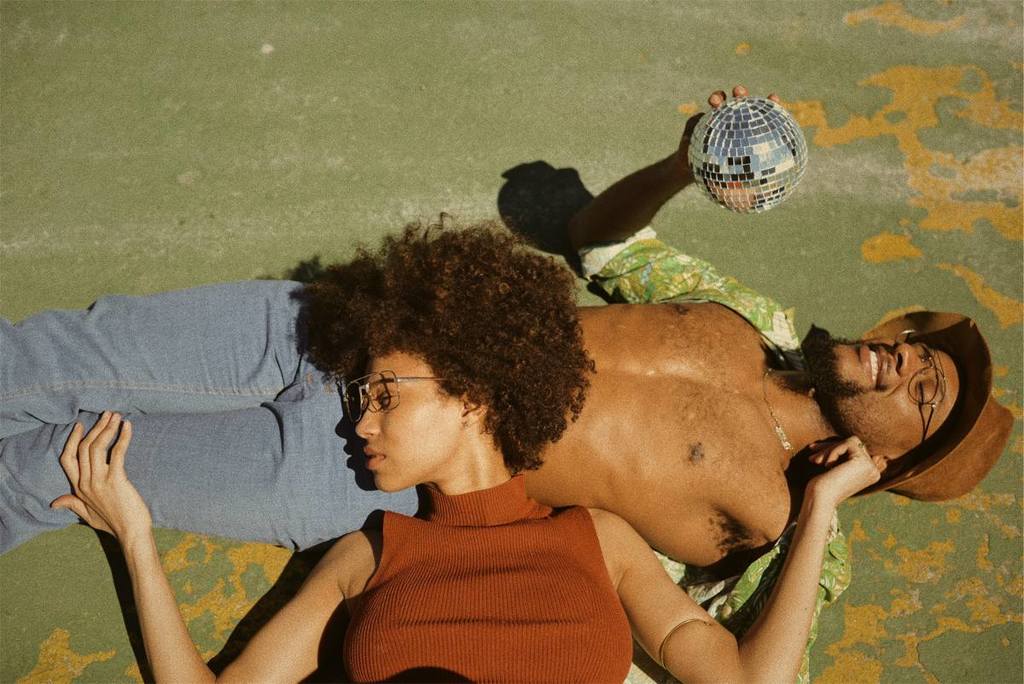 I fell in love with 1970s disco early in my DJ career, but I started to add disco and funk to my DJ sets only very recently. In this article, I’m going to share how I address some of the unique challenges to mixing these genres, as well as explain how I approach building disco and funk sets in general.

Why Mixing Disco and Funk Is Hard

There are three things that make mixing classic disco and funk harder than mixing your typical house or techno tunes. Here they are:

The key takeaway from the above is that you just don’t have the luxury of tightly beatmatching two disco tunes, and then laying one on top of the other in a heavily EQed minute-long blend. You need different kinds of transitions, and below are the three that work well for me.

The cut is probably the easiest way to go from one track to another, and it also works great for tracks with very different BPMs. Here is how it works:

The cut is a perfectly acceptable way of transitioning between tunes in a set with diverse genres and tempos. However, if the BPMs of the incoming and outgoing tracks are close enough to each other, you might as well try something a little more exciting. This is where the one-bar beatmix and the synced beatmix come in.

Here is how to do the one-bar beatmix:

Don’t sweat it if there’s a bit of galloping during the one-bar beatmix. It’s hard to avoid it with a live drummer in place, and the transition is too short for most people to notice anyway.

If you are looking to achieve anything but the shortest blends with disco and funk, and you are not a beatmatching wizard – and I mean a bad-ass beatmatching wizard – your best bet is to rely on the Sync functionality. Here, I mean Smart Sync (in Serato DJ’s terminology), which assumes that both tracks are beatgridded and the software locks their beats together no matter how their tempo may fluctuate.

Just like with the one-bar beatmix, the two tracks’ BPMs need to be close enough so as to avoid pitching the incoming tune up or down too much.

Here is how the synced beatmix works:

One thing to watch out for in the synced beatmix (and to some extent in the one-bar one) is to avoid clashes when there’s too much going on in both tracks during the transition. I try to look for situations where the incoming track has a beat-only or instrumental intro, or where I can mix out of the outgoing track during its instrumental break, for example.

Building Your Disco or Funk Set

When DJing with disco or funk, you may choose to totally disregard the BPM when selecting the next track, so your BPM will jump from one track to the next. However, that pretty much leaves you doing cuts, unless the incoming and outgoing tracks’ BPMs happen to be close enough for you to do a one-bar beatmix or a synced one.

An alternative strategy is to gradually increase the BPM as your disco set unfolds, which works especially well in warm-up situations. You start with a track in the lower BPM range, say 100 BPM. The next tune may be 104 BPM; you pitch it down 3.8% to 100 BPM and make the transition. Then, over the course of this new tune, you gradually pitch it up, say, 2 percentage points so it’s now -1.8% at 102 BPM. You then beatmix or cut into a 106 BPM tune (pitched down to 102 BPM), and then pitch that one up a couple of percentage points while it’s playing.

The end result is that the overall BPM of your disco set is gradually increasing, and yet all transitions are beatmatched (you’re still free to do a cut or two if you so wish). One thing that comes useful here is activating key lock for both of your decks so that your in-track tempo increases are not so obvious to the dancefloor.

It took me a while to leave the comfort of my DJ-friendly house tunes and start incorporating disco into my sets, but I’m glad I took the plunge. I hope that the advice above will help you bring more diversity and fun into your DJing, too. Enjoy!

Do you spin disco or funk? What are your favorite transitions, and how do you approach building your sets? Share your tips in the comments below!